Xavier Puchades (Valencia, 1973). Playwright and director. He holds a doctorate in philology from the University of Valencia, where he has developed various teaching and theatrical research activities. He is the author of more than twenty dramatic works, half of which have been published, and some of which have garnered prestigious awards. He is also the author of several essays on theater. He has also distinguished himself as director of the companies Teatro de los Manantiales and Teatreencompanyia, in addition to collaborating with other groups in various stage productions. 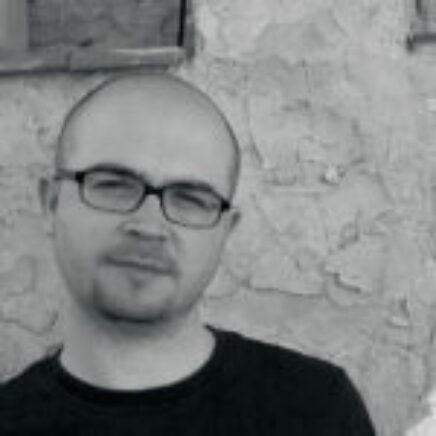