Born in Augsburg, Otto Blümel launched a career as a painter and decorator in Munich. From 1907 to 1914, he was head of the textile design department of the United Workshops for Arts and Crafts in Munich. This was also the period in which he became friends with the writer Hermann Hesse, to whom he dedicated a shadow play, Hesses Indienreise (1911), as well as the three pieces for glove puppets in the collection Larifari (1914). These were probably written in the context of the author's activities in the Munich Academic Singing Association, a rather conservative circle that sought - in competition with the artists of the famous cabaret Die Elf Scharfrichter [The Eleven Executioners] - to breathe new life into traditional forms of popular entertainment. 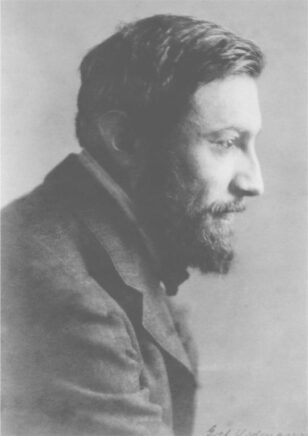