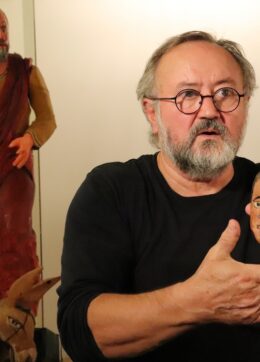 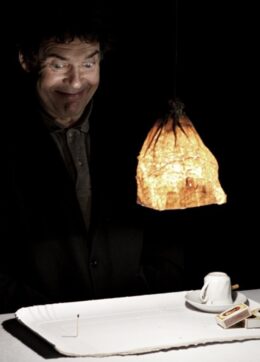 The second episode of the Trilogy on the city of Mestre, Teste calde is the story of the few moments of the Risorgimento experienced by the inhabitants of the city of Venice Mestre. The protagonist, a young baker who is killed while innocent, refers to the famous Venetian legend of the Fornaretto di Venezia. The show is performed by a narrator (Gigio Brunello) who manipulates wooden statuettes on a table, thus mixing the language of figures with that of story theatre.

The Risorgimento in Venice Mestre

Teste calde tells the story of patriot Angelo Pradman, a baker who defends Fort Marghera against the Austrian invasion in 1848. He is engaged to the young Teresa, housekeeper to the Austrian baroness, the wife of the Austrian general Standeiskj. Pradman is also a lover of the Baroness herself, and meets her at her home every Thursday evening. The patriot Moser entrusts him with a very delicate mission: to sneak into General Standeiskj's house and get some rifles. Pradman tells Moser that it will be very easy for him, as he has free access to the Baroness's house. Teresa has heard everything and decides to take revenge: she sends a letter to the baroness in which she tells her that her lover, the baker, is talking to everyone about their love affair. The Baroness, in response, sends the General an anonymous letter informing him that Pradman will attempt to enter his home the following Thursday. The mission turns into a massacre: four of Pradman's comrades are killed in Standeiskj’s garden. Only Pradman manages to save himself, but for this he will be killed by his comrades who take him for a traitor. A few years later, another patriot, this time a true double agent, would have a successful career in the kingdom of Italy.